World Water Day is an anniversary established by the United Nations in 1992.

Each year, states that sit within the United Nations General Assembly are invited to promote water by promoting concrete activities in their respective countries.

Since 2005, in addition to the Member States of the Glass Palace, a series of Non-Governmental Organizations have used the day as a moment to raise public awareness on the critical issue of water.

So much so that the European Union underlines, with a directive approved by the Strasbourg Parliament on March 27, the ban on the use starting from 2021 of the main disposable plastic products such as cutlery and straws. Then from 2029, even plastic bottles will be banned. 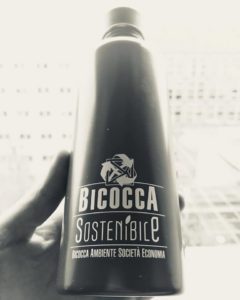 For example, in Milan, Bicocca University, there are dispensers of smooth and sparkling water that can be transported by students inside aluminum water bottles.

Until now, each dispenser serves an average of 80 liters per day, saving on plastic. Yes, because the new trend in companies sensitive to environmental issues seems to have become personalized water bottles.

How did the Bicocca University do it? And to follow also the Polytechnic of Milan and Turin, the University of Bologna, of Catania, of Genoa. And the bottles become “cool”, the personalized ones represent belonging, stand out from backpacks, are useful and are good for the environment (and for brands, of course). 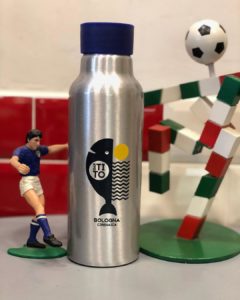 Like at the Tito bar in Bologna that customized the bottle with its own logo that is swallowed by a whale, to remember lightly but unequivocally the harmful effects of plastic on marine life.

The commendable initiative was to offer its customers the possibility of bringing quality, free water, offered by the bar itself.

This is why today it is not surprising that companies and organizations continue to be interested in personalized water bottles.

In fact, in addition to helping the environment and encouraging its audience to do without plastic, these articles allow you to positively position the image of the brands that customize them.

Sometimes profit is combined with pleasure, in a light but essential way.